Well, not really ‘Kokonas fair’, rather  fifth annual Christmas Charity Fair. But I am sure, it’s best known as ‘Kokonas fair’. Because it all started five years ago as a private initiative and uncontrollably spread throughout the blogosphere.  As Ginte (that one-person initiative/organization and soul behind those craft fairs) says:

This year, the funds collected will be donated to Lithuania Autism Association. This year we will also be at the fair ! It can’t be said,  that we were not there last year. We were.  Just not behind the counter . And our giraffe M is a veteran already – she donates her crafts from the very first Christmas .

We cordially invite you all to contribute to a Christmas charity ! This can be done in various ways – selling your crafts and creations in a fair or purchasing them,  holding  an auction at work or simply donating money directly to the Lithuanian Autism Association.
And those who are willing and able to come to a  Fair – come to our stall ! To look and try on, to buy and to chat.

See you on December 1th in Lithuanian Youth Centre in Vilnius !

This site uses Akismet to reduce spam. Learn how your comment data is processed. 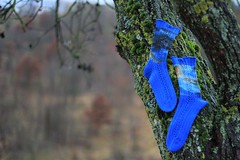